This year marks the 25th year of the 16 Days of Activism Against Gender-Based Violence Campaign, initiated in 1991 and coordinated by the Center for Women’s Global Leadership. Given such insecurity and lack of safety in relation to education, and informed by the results of a global survey, the theme of the 16 Days Campaign is “From Peace in the Home to Peace in the World: Make Education Safe for All”. This theme recognizes that structural discrimination and inequality is perpetuated in a cycle of violence that does not end even when girls and young women are in the act of gaining an education. Gender-based violence with respect to the right to education is a consistent threat in public spaces, schools, and homes and is a detriment to the universal human right to education and it is our obligation to focus on the precarious situation of education for girls and boys, young women and men this year through the 16 Days Campaign.

Education is a public good and fundamental human right recognized in Article 26 of the 1948 Universal Declaration of Human Rights and upheld in various international and regional human rights conventions and treaties. The right to education is subject to political, economic, and social shifts and upheavals, consistently leaving women, girls, people with disabilities, migrants, and indigenous people particularly vulnerable and liable to being denied this crucial right. The UN Sustainable Development Goals (SDGs) 4 on education makes it clear that education will lead to skills and knowledge for employment, decent jobs and entrepreneurship, as well as gender equality, culture of peace and non-violence, and appreciation for cultural diversity.

This year CHANAN again celebrated the 16 days campaign nationally. CHANAN conducted 3 activities in 3 provinces of Pakistan (Punjab, Sindh and Balochistan) on issues to be addressed during the 16 Days Campaign

In all the activities, our implementing partners conducted a fruitful discussion and performed a theater performance based on the 16 Days Campaign’s this year’s them entitled “From Peace in the Home to Peace in the World: Make Education Safe for All!”

The theater performances were having a strong message for all the viewers that violation against women is a crime and in Punjab we highlighted the Act 2016 (Protection from the violence against women) to spread the message to a large number of audience. Through organizing these activities CHANAN reached to more than 200 people.

CHANAN is thankful to ASAS-PK from Balochistan, MURK Advocacy and Development Society from Sindh and Dehi Samaji Taraqiati Council (DSTC) from Punjab in conducting activities in their provinces for CHANAN. 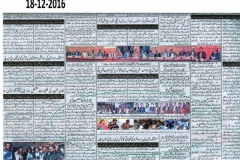 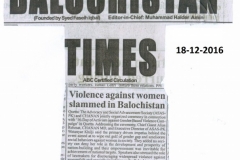 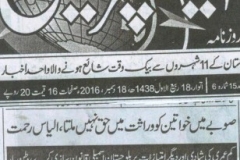 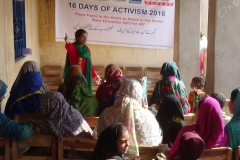 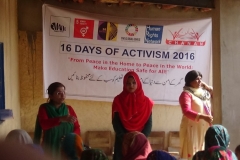 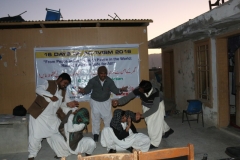 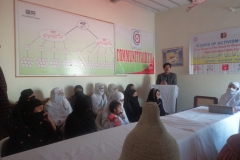 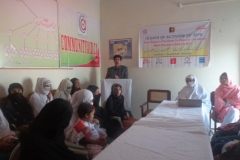 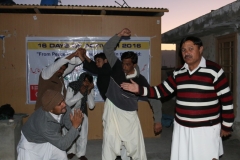