This year, CHANAN will mark the 16 Days of Activism against Gender-Based Violence under the overarching theme, “Leave No One Behind: End Violence against Women and Girls”— reflecting the core principle of the transformative 2030 Agenda for Sustainable Development.

“Leave No One Behind: End Violence against Women and Girls” reinforces CHANAN’s commitment to a world free from violence for all women and girls around the world.

This year CHANAN celebrated 16 Days Campaign to End Gender Based Violence Against Women in 2 cities of Pakistan. CHANAN conducted two activities: first activity on International Day for the Elimination of Violence Against Women 25th November 2017 in District Lower Dir of KPK and the second activity on International Human Rights Day 10th December2017 in District Sargodha of Punjab.

CHANAN conducted its first activity in Lower Dir, KPK with girls and boys. There were more than 50 participants in this activity and CHANAN MD Mr. Alyas Rahmat explained the history and importance of 16 Days Campaign to them, and all male of the activity promised to support women in form of life and stop domestic violence at house.

CHANAN conducted its second activity in Sargodha, Punjab to celebrate the International Human Rights Day and to conclude the 16 Days Campaign. CHANAN presented a comic street theater on women and their economic rights, there were more than 400 participants in this activity. CHANAN presented Theater performance on the importance of women empowerment and women’s participation at workplaces. Audience interacted at the end of the activities and CHANAN presented the (Chadar) scarf as token of thanks to the selected audience of the activity. 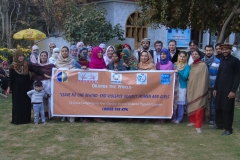 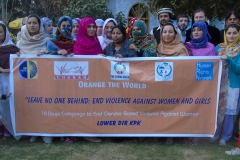 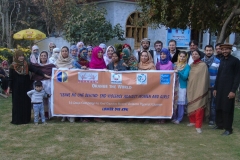 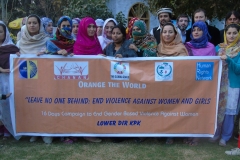 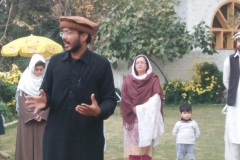 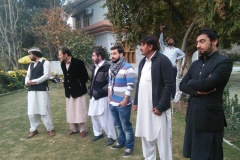 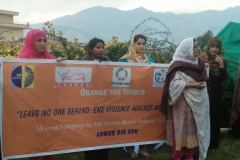 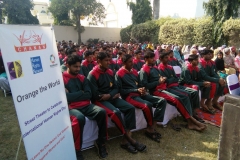 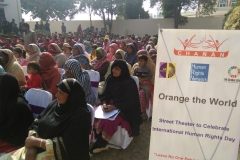 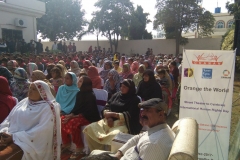