CHANAN Celebrated International 16 Days Campaign 2012 by conducting a 1st Annual Community Theater Festival on 26th of November, 2012 at Human Rights Commission Pakistan(HRCP) Hall, Garden town, Lahore, on the Issues on Female Domestic Workers. The objective of the community theater festival was to highlight the human right issues of female domestic workers and to identify the role of media, government, civil society, employee and their employer also for the promotion and protection of their human rights. Around 150 participants including Female Domestic Workers, youth, civil society, government and media representative participated in the event and share their view regarding event.

All the theater performances were quite inspiring for the viewers. The participants really enjoyed a lot and pledged that we won’t lose such learning; we will spread these messages in our respective areas so that we may contribute as well. 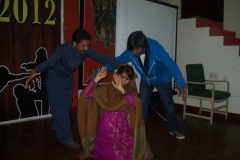 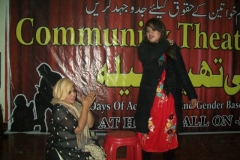 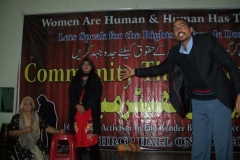 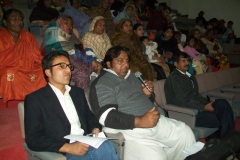 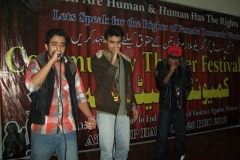 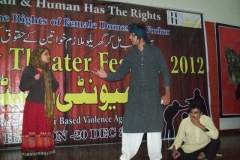 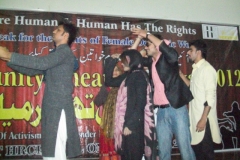 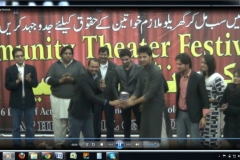