This Year CHANAN and Human Rights Network celebrated International Women’s Day at a National Level and conducted 3 activities on the same day in three provinces of Pakistan.
From the platform of Human Rights Network, Community Healthy Advocacy Network At Nation (CHANAN) celebrated International Women’s Day with the collaboration of SATH Pakistan, ECHD, and Lahore Press Club. The program was conducted at Lahore Press Club on 8th March 2016, around 50 women journalist participated in this program and highlights the issues of women in Pakistan. The panelist of the program was representing civil society, media, government t and religious leaders.

In Peshawar CHANAN and human rights network celebrated International Women’s Day 2016 with the collaboration of SHAOOR For Change and Da torSaro Sadar couple of local organization on 8th March, 2016 at Peshawar Girls Guide Institute with 30 Participants. The objective of the day was to speak for the local women for their human rights, the session were including the forum theater performance on the theme “every girl is important”. Theater was performed by the SHAOOR theater team on the topic of Early and forced marriages to raise awareness about the women rights.  The participants took interest in the discussion after the theater performance and shared their own experiences. Painting activity was also the part of this event. This activity was design specially to know the inner strength and abilities of girls.

In Jafferabad, Balochistan CHANAN celebrated the International women’s day on the same day in district Jafferabad of province Baluchistan in collaboration with Saher Arts and Human Rights Network.

The event was organized at Gov. Girls Degree College, Dera Alah Yar, Jaffarabad and more than 100 participants participated in the event. The Saher Arts Theater Group conducted the interactive theater performance on the importance of women through gender sensitization.

The program was conducted at Degree Girls Collage Dera Allah Yar Jaffarabad Baluchistan,  government, media and civil society representatives participated in this event, collage students and staff also Participated in this event. By such event CHANAN and Human Right Network through Saher arts’ team has privileged to convey following massages by demonstration of theater performance, around 100 audiences have received and understood directly. 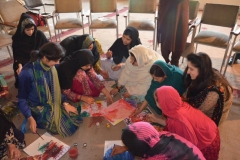 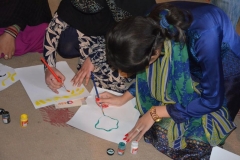 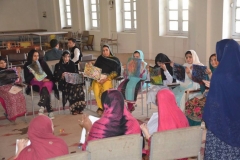 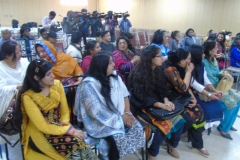 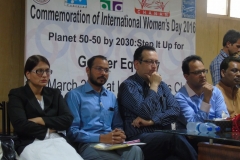 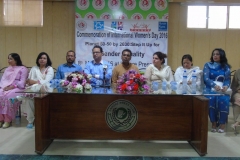 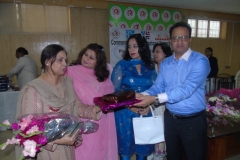 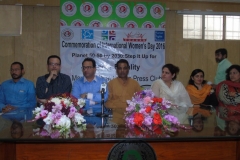 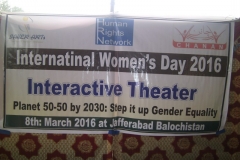 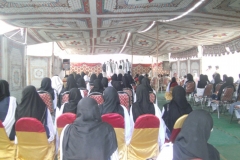 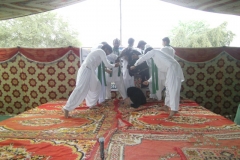